I’ve mentioned this briefly before, but I’ve done a lot of coming out. It’s eased up a little bit now, sure, because I’m open and public and most people know that I’m trans (or they find out soon enough, without me having to do anything). Though even now, I still find occasions when I need to disclose to people that I’m trans. Usually, these aren’t people who are especially close to me. Sometimes they’ll be new friends that I’ve only recently met, but more often it’s a security guard, or an airport official, or a healthcare worker.

Most of the big, scary coming out to people that were dear to me was done in the first half of 2015. And I got a whole wide variety of reactions at the time, usually ranging from surprise and disbelief to pure impassivity. But, I soon noticed a pattern in many of the reactions that I got. Usually, it was a response to me spelling out unequivocally that I intended to transition – “Oh, well if it makes you happy”.

Happiness is a weird concept though, isn’t it? I mean, think about your own life for a minute. What is it that makes you happy? Maybe it’s long walks on the beach. Maybe it’s piña coladas. Maybe it’s fulfilment in your career, or the pursuit of your hobbies, or owning your dream house.

It’s a concept that I struggle to understand sometimes. I spent so many years living in a hell that was shaped by emotional abuse and dysphoria, a dangerous and debilitating combination. I never thought I deserved happiness, and I especially never thought that I’d achieve it. Happiness, as a notion, was almost perverse – after all, there was some nobility in the idea of altruism, especially if said altruism came at the expense of my own happiness. 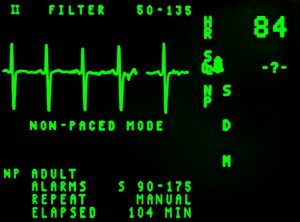 Long before I understood why I was so disillusioned with medicine and the medical establishment, I harboured hopes of one day becoming a cardio-thoracic surgeon. A heart surgeon, in layman’s terms. It’s a gruelling discipline, and specialisation in that field is not really conducive to having much of a social life. It’s the sort of job where you spend most of your life in the hospital, where you’re perennially either working night shifts, or recovering from them. The medical system prizes qualities like endurance, and self-sacrifice, and machismo – these are the attributes that make a good heart surgeon. Empathy, EQ, and a healthy approach to self-care? Less desirable.

It seemed like the perfect spot for me. Somewhere I could just lose myself in my work, somewhere that would encourage me to neglect my own needs and desires, an altar on which I could sacrifice myself for the greater good because, to be honest, what other purpose did I have? Remember, my dysphoria meant that I didn’t like me very much. I thought I had to atone for the sin of my existence, and that would have been the perfect way to do it.

Despite all of my aspirations, everyone – friends, family, patients, colleagues – told me that I’d make a good physician. Of course, I always probed them as to why they thought so.

“You have such a gentle touch,” they said.

“You have a wonderful bedside manner,” they said.

“You’re good with people,” they said.

It was difficult to believe them. All of these things were at odds with what I thought about myself. I didn’t even want to believe them, because to acknowledge these things was a daunting prospect. It was much easier to write myself off than to try to reconcile my actual worth with my distorted perception of it.

By the time I’d finished my internship and community service, I was already close to burnout. Even as a still newly-minted general practitioner, I’d been put through my paces. The work was hard, and there was a lot of self-sacrifice involved. I wasn’t happy, but I hadn’t expected to be, so everything was still on course.

But nonetheless, I was tired. I wasn’t ready to throw myself back into the academic system just yet, because I understood that if I did so, it would be unsustainable. And I was not someone who failed. I never had been, and I wasn’t about to start.

So, while I rallied and recharged, I worked in a private practice in Johannesburg, as a general practitioner. I saw everything, from the not-so-serious-at-all to the very-very-very-serious. Things were slow at first – no-one knew me and certainly no-one trusted me. But it didn’t take long before patients were choosing to see me, before patients were queuing up and waiting for me. 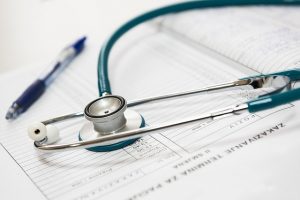 Sitting in that cosy, air-conditioned office, listening to people’s problems, hearing them out, talking to them, really engaging with them was immensely satisfying.

In fact, it almost made me happy. Almost.

I had started to understand that I could make a difference – that my gentle touch, and my bedside manner, and my people skills were actually capable of changing lives. And I had understood that this difference was not contingent on self-sacrifice, either. That I could work reasonable hours, and still look after myself, and still have a life outside of my job, and be able to make that difference anyway. I realised that I could aim for sustainability instead of burnout.

But there was still something holding me back. Some invisible barrier that kept me from being everything that I could be. Something that forced me to put up walls, to keep people out and to push them away.

And that was dysphoria.

It didn’t just interfere with the satisfaction I got from work. It interfered with everything. I was anxious to go out in public, I was uncomfortable in my own company, I was never able to relax or find enjoyment in life. I always felt out of place, I always felt guilty, I always felt inadequate. And I never could let anyone in, not in any setting.

Dysphoria poisoned my relationships, made them one-sided and unhealthy. Both with others and with myself. It had kept me lonely even when I wasn’t alone, and it had been the source of much of my self-loathing. Its effects were ubiquitous and pervasive and inescapable.

Until I escaped them.

It sounds easier than it was, of course. The prospect of transition was a terrifying one, and the decision to pursue it was one of the most difficult I have ever made. The process itself is ongoing, and sometimes all-consuming, and there is much adversity along that road. But today, when I look in the mirror, I am much happier with who I see in it than I used to be.

Now, if you’ll indulge me for a minute – think about an average day, or series of days, in your life.

You might wake up in the morning after a good night’s sleep, and find yourself in a good mood. Or you might have been restless and uncomfortable, and wake up a little grumpy. Either way, your mood oscillates around some baseline level.

Bad things might happen – a flat tyre, or an unexpected bill, or a bout of ill-health, or a fight with a loved one. These things actively diminish your happiness, some to a greater extent, and some to a lesser extent.

On the other hand, good things might happen – you could fall in love, or you could get a great new job, or you could win the lottery, and these things will all work to make you happier.

As time passes, the effect of any of these singular events will wane, and your happiness will slowly return to its baseline level, that point around which all of these oscillations tend to occur.

There are some major events in life that might shift this baseline, of course. Either temporarily or permanently, up or down. It makes sense. For example, someone who struggles with life-long depression might have a baseline lower than most. Learning to manage that depression – through medication, and lifestyle, and therapy – might shift the baseline upwards.

But wherever it is, everyone has a baseline.

Dysphoria shifted my baseline. It meant that I was starting off at a disadvantage, compared to the average person who isn’t trans. My highs – the good things in my life – were never as good; and my lows were far more debilitating.

So, what makes me happy? The same things that make most people happy. Love, meaningful relationships, success, chocolate. There’s a few other things, but those are some of the big ones. The whole list, of course, is pretty extensive. But I’ll tell you what isn’t on it – transition.

Transition does not make me happy. What transition does is address my dysphoria; it removes an impenetrable and immense barrier that prevented me from ever being happy. It pushes my baseline back to “normal”. It allows me to experience life more fully, to appreciate the good things more, to love myself enough to pursue those things that do make me happy.

I didn’t transition to make myself happy. Not only is that reductive and inaccurate, it also makes transition sound like a selfish endeavour. Sure, through transition, I get to be me. Is that selfish, to want what most cis people get to take for granted? To just want to be on the same playing field as everyone else? 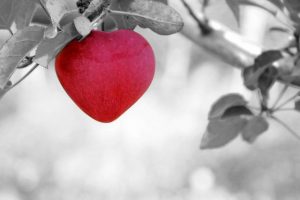 Through transition, I also get to give more of myself. Is that selfish? To strive to be a better person, a more complete person, someone who is able to be generous with herself, unimpeded by dysphoria.

Transition isn’t some whim or dream, some fanciful pursuit that solves all of life’s problems. It’s a gruelling road, laced with pitfalls and challenges and risks. But it breaks down walls. It dismantles barriers. It frees us from shackles that bind us so tightly, but which most people never wear.

Transition is what I needed in order to keep living.

It doesn’t make me happy.

It just gives me the same opportunity to be happy that everyone else had from the beginning.

1 thought on “If It Makes You Happy, Then Why The Hell Are You So Sad?”