It wasn’t easy to choose what to write about this week. As you may or may not know, the season of Jewish high holy days has begun – in fact, the celebration of the Jewish New Year ends shortly after this post is scheduled to go live. This, historically, has always been a reflective and emotional time of year for me, which usually sees me shedding no shortage of tears. And certainly, the holidays themselves, even if they’re not the only cause for all the “feels”, play a role therein.

If you follow this blog, you’ll know that I have a complicated relationship with religion and faith, one that I’m still trying to figure out, in truth. “Spiritual, but not religious” is so overused, but it’s probably not too far from the truth, at least at this moment in time.

That relationship that I have with Judaism has changed so much, and a great deal of that change has been concentrated into the past year or eighteen months. I’m trying to navigate waters that are uncharted for me, and I’m really just finding my way as I go along.

So, in lieu of a lengthy discourse over my dynamic and evolving interactions with my faith, I have a different subject to discuss instead.

You know what the word means, though you’ve probably seen it used most frequently in reference to fighter aircraft, or submarines, or maybe even leopards.

In trans circles, it has a different meaning, though you could probably figure out just what that is.

Yeah, you’re right. It means living a life where you don’t disclose that you’re trans.

So, it’s disclaimer time, unsurprisingly. And I want to make certain that this one is crystal clear:

And that’s a truth that I believe in. Of course, the practicalities of our world are such that this tenet is often too lofty to be realistic. Because it’s pretty damn difficult to update your gender markers, or amend the name on your insurance policy, or get access to gender affirming care without disclosing that you’re trans. And of course, those processes should only necessitate some “controlled” disclosure to just a select few individuals, but again, this is often far removed from the practical reality of it.

I mean just think about it. When I go to a doctor and tell them that I’m trans? There’s a good chance that the receptionist, the nursing sister, and even the cleaning staff will find out too. The odds are even better at a Home Affairs office, where there’s no ethical commitment to confidentiality in place.

So, the fact is that more often than not, the idea of “stealth” is more of a gradient than an absolute thing. Because there’s usually someone who knows that information about us, and it’s really just a question of how public that knowledge is, or is allowed to become.

Before we go on, I need to dissect the word “stealth”, and explore some of the baggage I carry around the concept that it represents. 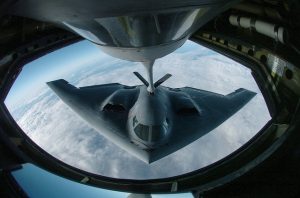 “Stealth” means to be done “without detection”, or to be “kept secret” by most, if not all, accounts.

Kept secret. Hidden, perhaps. The implication being that there is something, in the first place, to hide.

Now, there might be a bunch of reasons that people hide things. But one of the prime factors is shame, or embarrassment, or fear of consequences.

Another word that I want to look at is “passing”. Because common logic dictates that if you can’t “pass”, you can’t “go stealth”.

It means being seen as something we aren’t.

Do you see the problem there?

I’m not trying to pass as anything. I am a woman – finished and done. As soon as you use the word “pass”, my very identity is undermined.

There’s a lot more baggage attached to the word “pass” than just that. The opposite of pass?

I won’t say anything more about that one; just think about it for a second.

And then finally, there is the invisibility of passing. Of having our identities glossed over or ignored. Sure, there is some privilege that I enjoy if people look at me and think that I’m cis, and think that I’m straight. But at the same time, my transness and my queerness are points of pride for me. They are aspects of myself that I embrace, and when I “pass”, those aspects are taken away from me.

I was once in attendance at a poetry evening when someone waxed lyrical about passing. One of the things she said? Everytime she passes, a piece of her passes away.

Passing is all of these things. That’s why you’ll have noticed, if you pay attention, that I favour the term “read as”, in its place. Because that eliminates the guilt and the shame and the deception, and it reflects the idea that the way people see me, or the judgments they make about me, belong to them and not to me.

I do not pass as; on the contrary, it is you who reads me as.

Of course, it isn’t all that simple. Realistically, how could it be?

I’ve said this many times, but we stand to lose our livelihood, our communities, our families, or even our lives.

When I started to medically transition, I gave some thought to where I would find my place on that gradient of stealth. The truth is that, back then, I envisioned a future for myself where this information about me would be much more private than it is.

Leave my job, change my name, change my ID number, start a new life, and no one is any the wiser. That was the idea.

As it happens, the decision was not mine to make. I was outed. And people started talking. The information was in the wild, already gone viral.

I sometimes wonder, if the decision I would have made would have been different, had it actually been mine to make.

I like to think that it wouldn’t, but the truth is that I don’t really know.

The fact of the matter is that in my day-to-day life, I am effectively stealth. I’m writing this blog post from the lobby of my gym, where I’m parked on a couch, with a cup of coffee in front of me. I’ve just had an intense workout session. And a good long shower right after. No one here knows that I’m trans – not the woman at the reception desk, not the dude who was on the elliptical next to mine, not any of the other ladies who were in the changeroom with me, and not anyone who’s also seated here sipping their beverages or surfing the web.

The only time people know I’m trans is if I tell them. Or if they recognise me from the TV, something that happens with increasing frequency these days.

I’m not hiding anything. You all know that by now. I’m proud of my trans identity. It’s part of who I am (though it’s not all of who I am, which is the other caveat against which I need to guard – though that is a subject for another post). But just because I’m not hiding it, doesn’t make it obvious. And this is part of what I try to teach people too – you can’t tell who is trans (or, who is cis!) by looking at them.

So here I am, living my “stealth” life – and enjoying all the privilege that comes with that. Make no mistake, I am grateful for the security I have in knowing that I’m not going to get thrown out of the women’s bathroom, or being threatened or physically assaulted, or any of the other horrible fates that we so often suffer because of our being trans.

I don’t judge anyone who is stealth. That choice belongs to the individual, and to them alone. And I respect it. I don’t know anyone’s reasons for choosing such, nor do I need to. Whether it’s in the interest of self-preservation, or fear, or even if it is rooted in guilt or shame, I do not judge.

I do know, however, that there is a part of me that is so thankful to be out. To not have to hide. To not have to live in fear of having “the truth” about me discovered, and worrying over what the consequences of that might be. 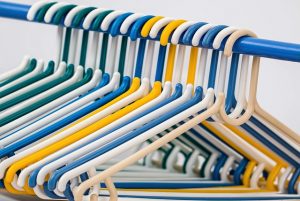 It’s liberating, I suppose. I sometimes quip that “I’m so far out of it, that the closet is in a different province/postal code/solar system/etc”, but in a lot of ways, that really rings true. The thought of going back in is inconceivable. I can’t hide this part of me away; I don’t need to make a big fuss over it, and sometimes I don’t want to think about it or fixate on it, and sometimes it still causes me a great deal of distress…. but I don’t ever want to hide it away. I hid parts of myself away for far too long, and I am never, ever, ever going back to that.

And besides, even if I do hide it… it’s still there. I can do what I like in this world, but the inescapable truth is that I am, always have been, and always will be trans. I cannot change that. All I have control over is what I do about it.

Absolute “stealth” was a choice that was denied to me – whatever course of action I chose, there were always going to be outsiders who knew this about me. But the decision to go to the complete other end of that gradient – to live the public life I live, to write, and to speak, and to teach – was one that I made of my own volition.

There’s no responsibility incumbent upon the queer to make spectacles of themselves, to answer questions, or to educate the masses. And to expect it of us is wrong.

There are some of us who choose to do so nonetheless, and I count myself among them.  It doesn’t make me better than anyone else – please, don’t dare think that for a second. And I won’t deny that there is some small part of me that does wish I could be comfortable, living that quiet, private life. With a 9-to-5, and a white picket fence, and a wife and 2.4 kids.

It isn’t for me. Not here and not now.

But, in truth, that’s why I made the choices I made, and why I continue to make them.

Because I have this hope that some day, we won’t need to be activists. That none of us will have to answer questions, or educate people, or fight for basic human rights and dignity.

That we’ll just be able to be, and concepts like “stealth” and “passing” will simply cease to exist.

But, until then, there is one thing that you can be certain of – I am not going back into that closet.

One thought on “On the merits of stealth”