These past few weeks have been emotional for many of us. And I think for queer, and trans people, in particular. The outcome of the election in the United States, the terrifying spike in hate speech and hate crimes that it has precipitated, the how-can-it-even-be-real rise of the “alt-right”… and, just a few days ago, the Transgender Day of Remembrance. 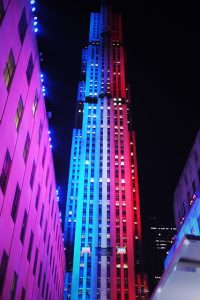 Just a few short weeks ago, I was eagerly researching graduate programs in the US. I felt secure at the time, as did many others, that Hillary Clinton would win the Presidential election, and that there was a good chance that the Democrats would win the Senate too. As someone in the LGBTQIA community, things were looking good; after all, the current administration had a pretty good track record with queer and trans rights, and none of that seemed likely to be in jeopardy if Clinton had won.

Being queer, and trans, and lesbian, and Jewish… needless to say, my graduate program shortlist has changed, too – I’ve basically cut any school that isn’t on the super-liberal West Coast, and even then, I’m not feeling especially secure.

In fact, I’m not even feeling especially secure in South Africa, to be honest. These events that are happening do not occur in a vacuum. When the largest & most powerful nation in the world votes in favour of hatred, prejudice, bigotry and discrimination, what does that mean for the rest of the globe?

Despite South Africa’s relatively progressive constitution, we have an abysmal track record when it comes to actually standing up for LGBTQIA human rights. Earlier this year, South Africa abstained in a vote to appoint an Independent Expert at the UN to protect LGBTQIA rights. More recently, South Africa came perilously close to supporting a bid to suspend that same appointment. Were it not for significant pressure and outcry from activists and human rights organisations, it seems the country would have had no qualms about voting against these human rights protections.

Now, let me put some context to all of the political goings-on. I’ve mentioned this statistic often – 41% of transgender people will attempt suicide at some or other point. More than 4-in-10. More than 2-in-5. How many trans people do you know? Think about it for a minute.

I mentioned that Sunday was the Transgender Day of Remembrance. Last year, we knew of 271 murders of trans people, directly connected to their gender-identity. This year? 295. Names, not numbers. It’s getting worse, not better. 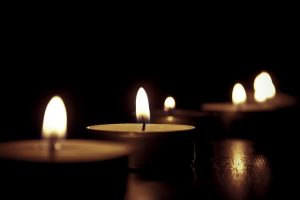 And those figures, we can say with certainty, are underreported. Because victims are misgendered, or crimes go unrecorded, or a definitive link between the victim’s gender-identity and the crime cannot be established with absolute certainty. And this doesn’t even scratch the surface – the statistic doesn’t speak to attempted or completed suicide, it doesn’t speak to homelessness, or to unemployment, or to substance use, or to depression. Just that one end-point that is so often (and so tragically) equated with trans identity – death.

I read an article recently, that trans people are detransitioning in order to stay safe now. In case you don’t know, detransition is kind of a big deal in that it almost never happens. Now, of course, I cannot speak for all other trans people – all I can tell you is how I feel. As you know, if you’re a regular reader, I’ve lost many things through my transition. It has not been an easy path for me.

I’m lucky, in that I’m still one of the 59%. I haven’t attempted suicide. Not yet, anyway. I’ve had ideation, or thought out plans. Sometimes, I still do. But that’s as far as it’s gone. One thing that has helped me to hang on, even in the darkest times is knowing this:

And it’s that singular truth that gives me so much strength. Because let me tell you, that for this trans woman, there is no conceivable fate that is worse than having to be a boy. Detransition to me is worse than death. The cruel ravages of testosterone, the misgendering, the act and the pretense – those are all tortures beyond measure.

I might be victimised for who I am. I might face hate speech, or violence, or I-don’t-even-know-what-consequences, because I refuse to be silent, because I insist on being proud of my identity, because I don’t know how to do anything but to stand up for what I believe in. But for me, there is solace in knowing that I do so authentically, as the woman I am and have always been.

Transition is a choice, in theory. But when the alternative is death, how much of a choice is it really? If I hadn’t transitioned, there is no doubt I’d be counted amongst that 41%. And since when I set my mind to something, I rarely fail, it’s unlikely that you’d be reading my words now if that had been the case.

These are not whimsical decisions. There is nothing superficial about identity. And similarly, the fear and the uncertainty that stems from living in a world that is more accepting of hate than it is of diversity is not imagined, but rather all too real.

For me (and for many of us), there is no choice. There is only truth. We have laboured beneath the burden of dissemblance for as long as we could endure. We have lost everything that a human being stands to lose, seen it all burnt to ashes around us. And when the flames subsided, standing amidst the smouldering ruins of the lives we used to know, there remained only that truth. This is all that we have. We are not broken. You cannot fix us. And to try to wrest that truth from us… it is to try to kill us.

This is not an easy time. Not for me, nor for anyone in the world who is seen as different. Be it because of their race, their religion, their gender, their sexual orientation. We don’t yet know what the price will be, but it is certain that there will be one.

Until the storm passes, and the sun rises on better days, you have my love and you are in my thoughts. For now, we don’t say “good night”; we say “please still be here tomorrow”.