I spend a lot of time on this blog discussing issues and experiences that affect me, as a transgender woman. It makes sense, of course – the old adage does tell us to “write what you know”. And, in this day and age especially, when prejudice is very much alive and well, I think speaking about those experiences, and giving people a window into our lives can go a long way towards creating understanding of concepts and ideas that are still, sadly, misunderstood.

Transition – or, in fact, just living as a trans person – is rather A Big Scary Thing™, and it doesn’t necessarily look like it’s getting any easier. There are entire big orange buses covered in hateful anti-trans rhetoric being driven around major cities. Trans kids are being bullied mercilessly. We can’t find places to live. And those were just the first few, most recent results to show up in a Google News search for this week. 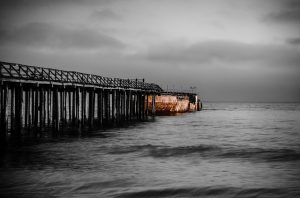 I’ve been doing this now for a while. The novelty of “post-transition” life has long worn off – this is really just my life now and, in fact, I don’t really very well remember anything that came before it. It’s pretty much true to say that this is the only life I know now. Since getting accurate identity documents, things have become far easier; for the most part, I just go through my day-to-day life, and I don’t need to offer explanations or answers to anyone. Aside from that I spend a lot of time speaking or writing about trans stuff, I suppose it’s actually true that “being trans” is a state of which I’m no longer acutely aware. Sometimes I even just forget about it.

The rest of the world doesn’t, though. And even if I find those moments of reprieve, well… who and what I am remains an issue for the world I’m navigating through, and it can affect people around me. All the massive shifts and changes in my life have not occurred in isolation – each one has had, or continues to have, an impact on the people who know and care about me.

Of course, it’s hard for me to understand exactly how my loved ones are affected. Just as this is my experience, and although they may be compassionate or empathic, they’ll never know exactly what it feels like, so too I will never be able to really understand the enormity and gravity of standing by the side of a trans person. For many of us, we become accustomed to the vitriol or the abuse that is so often directed at us. “Accustomed” is perhaps a poor choice of word, but what I mean to say is that it stops being surprising – we almost expect judgments to be made about us by people who don’t even know us. It’s par for the course. That’s not to say that it stops being painful or upsetting, but it definitely becomes less acute. There are those moments when we get blindsided, of course, and it just hits us hard, but being exposed to so much prejudice does render one desensitised to some small degree at least. I mean, it just becomes a way of life, in a manner of speaking.

It’s easy to forget that those around me don’t necessarily enjoy the “luxury” of that desensitisation. If I’m misgendered, or someone makes a nasty remark about me, or if someone takes issue with me using a bathroom, or if I’m threatened with or subject to physical aggression… it can come as quite a shock to those who care about me. These acts of violence, when they don’t form part of your day-to-day life, feel like an unacceptable outrage, or a gross travesty. An absolute violation.

In truth, that’s exactly what they are. But, when your life consists of battle after battle after battle, even for the day-to-day stuff, you have to learn how to pick them. Sometimes it’s easier – for any number of reasons – to just let it go. It takes a whole lotta spoons to fight, to explain, to answer questions. And spoons are all too often in short supply to start with, aren’t they? It might be different if it affects someone else, but I know that when it comes to standing up for myself at least, sometimes I just don’t feel like it’s worth the effort or the confrontation. All I really want is to get on with my life; not to have to teach the ignorant or try to reach the hateful. At least not all the damn time. It’s exhausting.

I suppose it’s not just a matter of our loved ones having to witness the abuse to which we are subjected – because often, they’re directly subjected to their own, too. For associating with me, or for caring about me, or for – goddess forbid! – loving me. It feels like in the eyes and minds of some, merely treating a trans people as human is enough to make someone a pariah. The implication, of course, that there’s something wrong or immoral about me, and that that something will corrupt anyone in close proximity.

Is there shame in that? Is there guilt in that?

The life I tried to live before… truth be told, it was awful. There was nothing noble or righteous there. After all the tears and the pain and the difficult decisions and the hard work, I’m unequivocally a better person now…. but for all that, I’ll still be condemned by strangers.

I made those decisions knowing that it would affect those around me, even if I didn’t understand the exact nature or full magnitude of that impact. It was not something I took lightly; rather, it was a source of worry, and concern, and maybe even despair for me. But what was I to do? In that position, there was no way to spare those around me pain, hardship, or suffering. Whether I transitioned or not, there was going to be collateral damage. At the least, the choice I made meant that I had a better chance of still being around to try pick up the pieces. 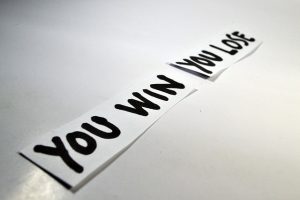 Kobayashi Maru, anyone? It’s a very clear-cut scenario of “damned if you do, damned if you don’t”, and that’s a uniquely painful place to be, particularly when it all hinges on your very identity.

Now, of course, at the end of the day, I must believe that people have agency over their choices. Anyone who chooses to stand by me does so out of their own free will (or so I’d hope). But despite that, I still feel like I’m responsible, to an extent, for them even having to be faced with such conflict in the first instance. After all, if I were cis, then none of it would even be an issue at all.

Life is a complicated business. Sometimes the decisions we make are not easy. Sometimes they have no clear-cut answers. Sometimes whatever we choose, someone is going to get hurt. It took me a long time to realise that. To really understand that even if I make all of the best possible decisions, and even if I give my all… sometimes it just isn’t sufficient. I’ve always tried to be a good person, and that certainly hasn’t changed. But my perspective has changed a little bit. I know I can’t be perfect; but rather, I try to do the best I can, to acknowledge my limitations, and to respect the agency of others in making their own choices. In knowing when I can and should hold myself accountable, and when I have to try to forgive myself for instances where I simply could not have done any better.

We live in a time when simply being trans is a radical, defiant act. Our mere existence challenges some of the flawed institutions on which so many harmful ideas are founded. But, I also want to acknowledge that supporting, or standing by someone who is trans is also a radical act. One that brings its own adversities and struggles, the true extent of which I could never hope to grasp. The allies, the friends, the family, the lovers, the partners… your choice to stand up against the hate, and to face whatever consequences arise therefrom is not one that goes unnoticed.

It means the world to me.

1 thought on “For those that stand by our sides”