I’m not sure whether or not you knew this about me, but I love to cook. Really, really love it. I didn’t figure it out until I was a young adult – before I turned 21, I don’t think I ever set foot in the kitchen to make anything more complicated than a slice of toast. I soon figured out, though, that I had a bit of a talent for cooking. It was surprising; historically, I was always used to being the kid who wasn’t ever really good at anything. Of course, when I started out, I had no idea what I was doing. And in fact, I still don’t. No one had ever taught me the first thing about cooking. And, one of my idiosyncrasies (of which there are many) is that I cannot follow a recipe. Or, more accurately, I will not follow a recipe. I don’t have a good excuse as to why that is – really, it just feels wrong on some level. Like I’d be stifling my creativity. Or that while that recipe might be right for someone else, for me it just doesn’t totally fit. Sometimes, if I’m attempting something I’ve never done before and I’m genuinely clueless as to how to do it, I’ll look up a few recipes from various  sources, to get a general idea of how something is done. And then I’ll go ahead and do it my own way anyway. 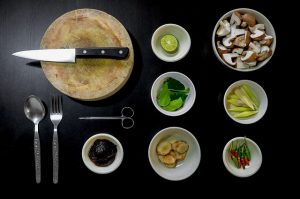 I like to experiment when I cook. I like to play around a little, combining some unusual flavors, adding my own twist to well-known dishes. I like for whatever I make to have a bit of my own signature in it. Because at the end of the day, there really are no set rules. Pick a dish, anything you like, and go ahead and Google it. Everyone has their own approach to making it. Sometimes there are similarities, but no two recipes are ever quite the same. In fact, I don’t ever cook the same dish the exact same way twice. There’s always something different and unique about each iteration.

I’m not going to lie though – I have a whole lot of “What the hell am I doing?!” moments. That little pang of insecurity, anxiety and fear that stems from the uncertainty.

Have I put too much salt?
Have I over-cooked the ingredients?
Did I leave something out?
Did I do it all in the wrong order?

What if it’s all just a horrible mess?

What if no-one likes it?

Was it a terrible mistake even to begin with?

Sometimes, it’s not just mild insecurity, but it actually grows into full blown terror. Many of the decisions made in the kitchen are irreversible. You can’t uncook something. You can’t take out the spices you’ve just stirred in. There’s a sort of permanence to the decisions made while cooking. And, there is that realisation that those decisions must, on some level, reflect on me and my worth as a human being, and that they might result in some unfavourable judgments against me, made either by others or by myself.

It took me a fair bit of time to figure out that I was trans. Mostly, it was something that had just never occurred to me as even being possible. I didn’t have the words or understand the concepts – it was just beyond my frame of reference. Once I did manage to figure it out, though, so much suddenly started to fall into place. So much began to make sense.

From that first moment of realisation – that internal dialogue where I actually said to myself, “this is what I am” – things progressed fairly rapidly. It wasn’t too long before I understood that I needed to transition. And, as I’ve often remarked on this blog, that realisation can be quite a terrifying moment. When I began this process, I didn’t really know where to look for guidance. There were a bunch of resources on the internet, of course – but many of them were disconcerting instead of reassuring. Some of them made me downright uncomfortable, or just worsened my anxiety. Some didn’t sit well because they felt so foreign – as if they just didn’t apply to me. A lot of them were so standardised that they left no room for individuality. They were instruction manuals on “how to be trans” or “how to transition” – and that sort of “one size fits all” approach simply cannot ever apply to experiences so varied and individual as what we go through during transition. 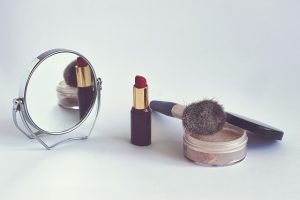 Some of them went to great pains to describe how to develop “feminine body language”. Some discussed how to structure one’s sentences like a girl. Or how to dress, or how to apply makeup, so as to better fit in with what is expected of a woman. Expected by who, exactly? Many times, I felt like they were just taking one set of arbitrary requirements, standards and expectations that had been the source of so much strife and pain in my life, and replacing them with a different, but no-less-arbitrary set.

I don’t remember when it was exactly that I stopped following rules. I’ve always been very by-the-book. In a lot of ways, I still am. But I’ve also found the confidence and the security of self to stand up and embrace my individuality. I do things my own way – a way that might often be seen as unorthodox, or unconventional, but it works for me. I don’t know any other way to be.

That’s not to say that there weren’t moments of doubt and despair. There still are, though they have fortunately become fewer and farther between. But I did often wonder, especially in those early days, “what the hell am I doing?!”

What if this doesn’t work out?

What if it’s all just a horrible mess?

What if no-one likes me?

What if this was all a terrible mistake even to begin with?

If you fancy yourself a bit of a cook or an amateur (or even professional) chef, then perhaps this will resonate with you. There is a moment, during the creation of a dish, when what was once a heterogenous and disparate mixture of ingredients suddenly changes and shifts. It stops being an incongruent mixture of discrete entities, and starts to resemble what it’s actually meant to be, a whole comprised of seamlessly integrated parts, all of which complement and synergise with each other. The aroma of each individual component is replaced by a single scent, the tastes and flavours combine, the textures merge. The fear and the anxiety subside. Everything feels right, the way it’s meant to be. The dish has become itself, and it is something beautiful.

It might need a few more minutes on the stovetop to simmer. It might need a little more seasoning here or there, a few more herbs or spices. And it still needs to be plated, of course. The process isn’t over, not by a long shot – but it’s inarguable that it’s all on the right track. And that although it has become itself, with each passing moment, it still continues to do so, more and more completely.

That moment never fails to bring a smile to my face, and a feeling of contentment to my heart.

I can’t pin down the moment that I became myself, but I recognise the contrast between the moments that came before and the ones that came after. I recognise the shift, the subsidence of fear and despair, and the emergence of contentment and confidence. A few months after I had come out, and after I had gone 24/7, I thought I knew who I was. The contrast was stark – before, I’d been afraid, isolated, unsure of myself. And that had all been replaced by a quiet confidence, and a calm resolve, and a sense of certainty. Even now, I still reflect. I see the ways in which I have continued to change. I see how I have grown into myself, and how with each passing moment, I do so more and more completely.

And I don’t just see it in myself, but I see it in those around me. In my trans siblings, each on their own path, each writing their own story. Their recipes are different, needless to say. They have done things in their own way – a way that is authentic and unique to themselves. Many of them have already grown into themselves. Many of them still will. But for all of us, it is a process that continues. In some ways, it might surprise us; I know that I have learned things about myself that I would never have expected.

It’s a very unique and sometimes surreal experience, getting to know oneself. It flies in the face of the idea that we should all already know about ourselves everything that there is to know. But certainly, I can appreciate that I am still learning. I’m still finding out things about myself, instead of just taking for granted what I’ve been told, or what has been expected of me.

It’s not without its price. The fear and the uncertainty. All of the adversity that lies in wait. The challenges that often seem insurmountable, the unique difficulties that we face when we refuse to follow the rules that repressed our true selves for so long. 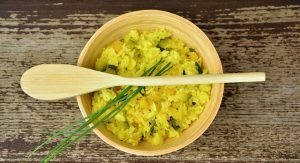 There is some bravery, I suppose, that is required in making good food. In tackling the unknown, in making that leap of faith. In forging your own path, instead of following the ones that are safe, even if they’re just not right for you. There’s an element of risk, and there are potential consequences. And I will not gloss over the truth – sometimes things don’t work out the way we want them to, despite our best planning, our best precautions, our best efforts.

In the kitchen, I do what I know I have to do. I do what is right for me. I do what brings me contentment. It might not work for anyone else, but it’s the only way I know. It’s the only way that is authentic for me, and authenticity is something I value tremendously. But, there was certainly a time when  I wasn’t ready. When, for a multitude of reasons, I simply couldn’t do things that today are natural and simple for me.

I’ve had a lot of internal conflict, since I came out, over the advice I give to other trans people when I’m asked for it. This world is often hostile and inhospitable to us. It perpetrates abuses, cruelties and violence against us, simply for being who we are. I debated with myself whether I could, in good conscience, ever say to someone, “Yes, you should transition”.

The truth, as I see it now, is that if you are asking the question, you already have your answer. The time is right for you. There are risks and challenges, and there is the potential for catastrophe – I cannot deny that. But, at the same time… it means you can grow into yourself. You can have that moment where the fear and the anxiety gives way to peace and confidence and surety.

The decision is yours, and yours alone. But after much consideration on the subject, my most-honest, most-sincere, counsel is this:

Do what is right for you. And don’t look for reasons to talk yourself out of it.

That is the only recipe you need to follow.

3 thoughts on “My Transgender Cookbook (or, 1001 Recipes for Being Trans)”