It’s not easy to be trans. It really, really isn’t. There’s a whole bunch of stuff you have to think about that the average cis person never even needs to consider. And transitioning? That’s pretty darn hardcore, let me tell you. Definitely not something to be taken lightly.

So, that means, that for the average trans person, in addition to all the everyday stressors that most people deal with – bills, taxes, douchebaggy employers, incompetent banks, and the list goes on – there’s a whole bunch of Super Extra Additional Hardship on top of all that.

It can seem like a pretty raw deal sometimes.

Now, don’t get me wrong. I went through a phase where I wondered, “Why me?” Why did I have to be trans? Was I being punished for some heinous past-life transgression by a vengeful cosmic force? Was I the victim of some sick joke? How did everything go so horribly pear shaped?

And not just that, but I tried to convince myself that I didn’t need to transition. I know, it seems ludicrous in retrospect – but give a girl a break, I was desperate. And as we’ve already discussed, transition is hard.

So, being trans is not the easiest thing in the world, got it. Being cis is, objectively, a whole lot easier.

If I had the choice, or the power to reshape destiny and history and fate and all those abstract concepts, if I could exercise my supreme will over the entire universe and mould reality to my desires… would I choose to be cis?

Surprised? Yeah, I was too. But there are actually a good few reasons why that is my answer.

I can’t conceive of being cis

And this is kind of a hard one to wrap one’s head around, I appreciate that. Usually the typical narrative that we expect is that cis people can’t conceive of being trans. They struggle to understand how we are what we are, how our identity might not line up with our bodies. Well, here’s a shocking revelation – I don’t understand how yours does.

I can’t fathom what it must be like to be cis. It doesn’t make sense to me. Even before I understood that I was trans, I was always uncomfortable with my body. I didn’t feel at home in it. I was out of place, and I had the sensation that everyone could see it. I spent 29 years of my life living that reality. Each and every one of the defining moments of those nearly-three-decades was informed by dysphoria.

And in the time since I came out, many of my defining moments have been informed by my transition. The TV appearances, the magazine spread, the radio shows, the book, even this blog that you’re reading now – they’re all about transition and transness.

Now, I am the first to point out that I am more than just trans. I have so many facets and qualities and capabilities that extend well beyond the matter of my trans identity. But, although it’s not everything, that trans identity is part of who I am, and it’s a part that has always been there and always will.

If I had been cis, would I even be me at all?

Being trans has made me smarter 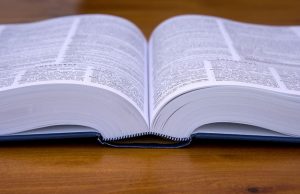 That’s just a handful of words and concepts that I didn’t properly (or maybe at all) understand before I came out to myself as trans.

I know it’s hard to believe, but there was a time when I didn’t understand what trans was. All of these ideas were foreign and new and confusing. And that was a problem – because I needed to understand these concepts in order to understand myself.

But as I read and learned, it didn’t stop with me. I also gained the tools to understand people whose experiences were different than my own. And that’s not just because being trans made me smarter, but also because…

Being trans has made me more compassionate 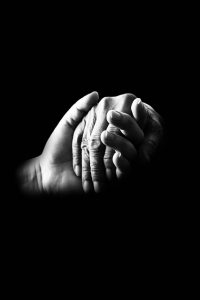 I’ve always been compassionate. Though there was a time when revealing that compassion was less socially acceptable because of my presentation, and I learned to hide it away, or cover it up under depths of apparent coldness and sarcasm. Coming out was not an easy thing to do (well, more accurately, coming out were not easy things to do – because coming out is not a singular entity, but multiple events), but it afforded me the liberty to be more honest about who I am and what I feel. And part of that was being able to embrace my compassion.

And not just that, but simply the experience of being trans, and of transitioning has made me more sensitive. It’s given me the chance to appreciate how other people’s experiences are different to my own, and to try to understand why and how. Living a life where I exist at a crossroads of privilege and oppression has taught me what intersectionality is all about. And while it’s a lesson I would rather have learned without the suffering, I can’t be resentful of it because it’s part of what has shaped me and turned me into the woman I am today. And she is a woman of whom I am proud.

Being trans has made me stronger

Before I transitioned, I learned how to look confident when really I was anything but. Insecurity and I became very well acquainted – in fact, we were close to inseparable. Even in my finest moments, when I had great successes or achievements to celebrate, the shadow of inadequacy always lurked in the corners of my mind.

And then, the stark contrast when I transitioned, when I found my true self and learned how to embrace her. It was a struggle – sometimes, it still is. But I have come so far, and grown so much. I’ve found confidence where there was once fear and doubt, courage where there was hopelessness, direction where there was despair. And that new-found certainty was made so much stronger and more significant by the lack that had preceded it.

If I had been cis, and I’d been able to take all of this for granted, there would have been no struggle. I might have had insecurities still, but I suspect they would have been less profound than the ones I actually did have to face up to. Where I am today, I know that I can face any challenge. I know that I don’t have to be scared. I know that life can – and will – be difficult or intimidating or overwhelming sometimes, but I know that I have the strength to rise to meet it.

And for me, a lot of that strength was forged in the fires of dysphoria and transition and trans experience.

Being trans has given me ownership over my body

I’ve spoken before about body image, and my relationship with my body. Here’s the thing – I never thought I’d be able to feel okay with it. Now, we all have body issues, I’m pretty much convinced of that. I don’t think anyone is immune – cis, trans, man, woman, either, neither. Sometimes, it’s even socially unacceptable not to have body issues, especially if you’re a woman. So it’s the kind of thing that seems very prolific – but it’s always spoken about in hushed tones. We’re encouraged to lose weight, and buy shapewear, and use beauty products to even our skin tone, and all of these things, but we’re not really encouraged to discuss openly why we’re made to feel guilty about our bodies.

It can be a little different if you’re trans, though. For me, there was no escaping the body image stuff. It was there, every moment of every day, every glance as I passed by a mirror, every photograph, every item of clothing. I had to confront it. I had to acknowledge, in plain terms, that there were parts of my body that I wasn’t happy with, and I had to acknowledge why.

And through that process, and the reconciliation that has come as part of my transition, I’ve claimed agency over the body I live in. It’s not perfect – I’m the first to admit that. But I can be comfortable in it. I can show it off without shame or guilt. Every day I choose to wear a sleeveless top, I can celebrate that decision for the momentous victory that it represents.

I’m not suggesting that I’m without body issues now – of course, I’m not. But my experiences have helped me to understand that a lot of them are less a result of who I am, and more a result of conditioning and societal influence. Those experiences have helped me learn how to navigate these sensitive and challenging issues when they do arise, and how to maintain what is generally a much healthier relationship with my body.

Dysphoria can, in some senses, be a a step on the path towards euphoria – though the idea seems like a paradox. But I wonder, if I had been cis, would my relationship with my body be as healthy as it is now? I think there’s a pretty good chance that it wouldn’t.

Being trans taught me that trans is beautiful 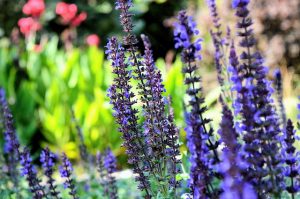 This follows on from the discussion about my own body image, but it goes further. And this is a point that I think I’ll speak a lot more about in Part 2 of this blog post, but as a trans person, I get to see a side of other trans people that they don’t always show the rest of the world. I’ve learned to appreciate beauty in a lot more forms than I was able to before. I’ve been able to see that very unique brand of humanity that trans people possess, and to share my own. Being trans and speaking candidly about one’s experiences, sharing and discussing and connecting with other trans people involves making onself very vulnerable. Often, it’s a terrifying leap-of-faith. But, undertaken in a safe, supportive space, it can be an experience that is immensely uplifting. I’ve been fortunate to feel that upliftment myself, and to see others experience it too, and the connections that I have formed through that are more than just friendships – it’s siblinghood. I’ve gained a new family of brothers and sisters and non-binary siblings that understand me on a deeper level than anyone else ever has.

Being trans has made me who I am

I can deconstruct my experiences down to tiny little bite-sized concepts, but this is really much more important than all of that. Being trans is part of who I am. It’s certainly not everything that I am – it doesn’t even come close – but it interacts with every aspect of my life in some or other way. And, when all is said and done, the most remarkable shift that occurred during my transition was that, for the first time ever, I liked myself. Honestly and completely. Not for anyone else’s sake but my own. Now, I have victories and accomplishments that are worth celebrating. I have friends who love me for my honesty and my capacity to love. I have family who stand by me. I do work that spreads awareness and understanding and compassion, and that makes lives better, even if it’s just a handful. I have a purpose in life.

And, were it not for being trans, I acknowledge the possibility that I might not have been able to say that.